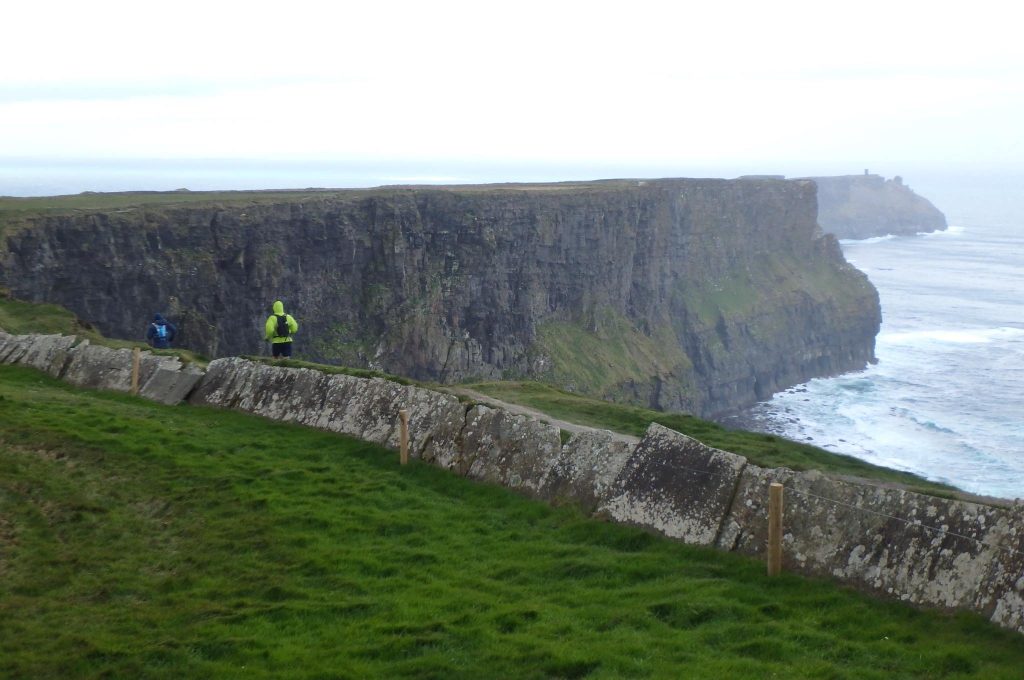 In early May 2016, Paul Daly, Paul Croke andDave Ringrose ran the length of the Burren Way:  80km through County Clare with the lunar landscape of the Burren and the majestic Cliffs of Moher along the Wild Atlantic Way.   This is Paul Daly’s account of the journey:

“Paul Croke came up with the idea of running the Burren Way in early April and asked me would I be interesting in going and doing it with him. I said I’m very interested and before I knew it a plan was made. Little did I know that the dates we settled on was Tuesday 3rd May only 4 days after I run the 84k Hoka Highland Fling in Scotland. I mentioned the Burren plan to Dave Ringrose the week before we were due to go and he said he was interested as well.

The official length of the full Burren Way is 123k, but this includes 2 out and back legs. One leg goes out to Tubber and back and the second leg goes up to Ballyvaughan and back. We decided not to do these out and back sections due to time constraints. Seeing as Paul was coming from Waterford and myself and Dave travelling together from Kildare/Dublin we decided to meet in Lahinch, leave Paul,s car there and drive to the camp site in Corofin and start from there.

There are plenty of B&B’s that you could use if you wanted to walk the Burren Way over several days. I only know of 3 campsites along the way:  two are in Doolin and the one where we stayed in, Corofin. I’m not sure about using public transport for what we did. There probably is public transport but due to timetables and time constraints we decided on 2 cars. There is a regular local bus service between Doolin, Liscannor and Lahinch for people want to walk the Cliffs of Moher. The bus drops off and picks up at various points along the Cliffs.

We knew that the section we would run would be about 80k but ended up being 86k. We left Corofin at about 8.40 on the Tuesday evening and ran through the night before arriving into Lahinch just after mid day on Wednesday. The weather was mostly dry apart from a light rain shower in the middle of the night. It was windy and chilly during the night but once we kept moving it didn’t matter. The terrain varied from minor roads to grassy trails to man made rocky trails with a few steep ascents and descents thrown in. We saw very little car traffic for most of our run apart from the section between Liscannor and Lahinch which is only about 5k. One problem we knew we might have starting in the evening and running through the night was trying to get food and water along the route. We decided to carry enough food for to see us through to the end and I carried my Sawyer mini water filter which we used to filter water out of stream after about 6 hours of running.

One of the high points for me was when we we found a garage on the outskirts of Liscannor where we ended up having a breakfast of sausage rolls smothered in ketchup washed down with a bottle of Coke. It tasted like heaven after running for 80k!!”

About Paul Daly:
Paul spends his time running the trails of Ireland.  Seasoned trail runner, he completed in 2015 the TDS at UTMB.  Paul regularly shares his photos on Trail Running Ireland’s Facebook. 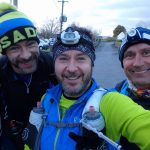 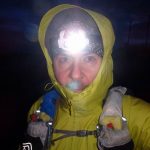 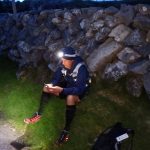 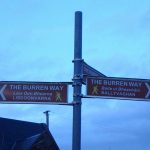 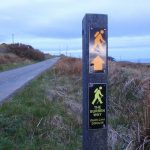 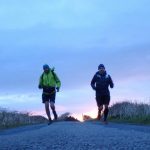 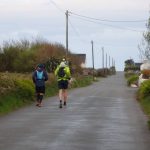 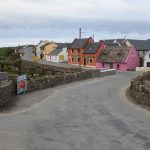 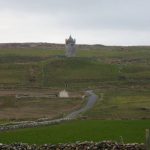 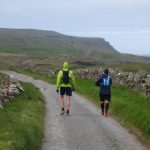 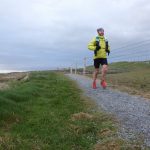 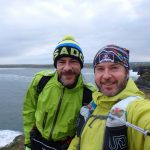 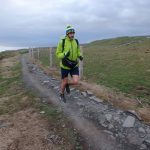 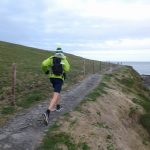 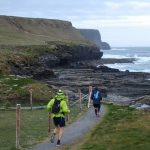 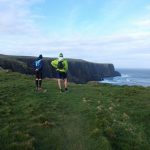 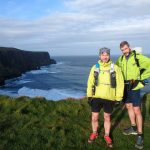 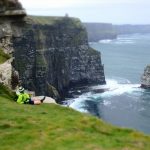 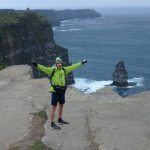 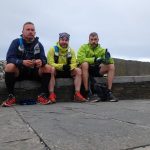 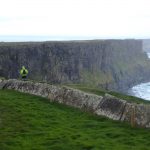 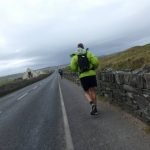 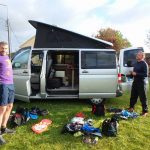