On the morning of the 28th of May I stepped up to the start line of Irish Mountain Running Association’s Ticknock Tick-Tock. This was the inaugural year of the 12-hour endurance race. The weather was dry and settled. There were 16 runners toeing the line and we were all buzzing. We were full of coffee, anticipation and pre-race jitters.

The race director on the day was Adrian Tucker. He was calm and organised. As he welcomed us with a pre-race briefing the kitchen clock, placed on the tree beside the start line, ticked towards the 7am start. Adrian counted us down and we started our race. The hands of the clock moved towards 6pm and magic happened. We raced and we strategized. We pushed the pace and we held back. We smiled, worried, laughed and grimaced. People persevered and people gave in. Overall, we proved to ourselves that we were up for the challenge.

No one looked at phones. No one took selfies. No one rubbernecked at watches. This aspect of the race was refreshing

There were some twists that made the event unique. Seven orienteering kites were placed on the perimeter of the course. At registration, runners received a master map showing the location of the kites. The kites’ locations did not change. All kites had to be visited during most stages and control cards needed to be punched. There were two laps in which Adrian announced that we could omit one kite. Depending on the runner’s assigned direction for each lap (clockwise or anticlockwise), kites were visited either 1 through to 7 or 7 through to 1. Laps were identical and we were expected to finish the lap within the hour. The subsequent lap started on the hour. If we finished a loop after the hour, a time penalty was incurred.

A Chamonix cow bell was rung at 5 minutes to every hour. Upon hearing the bell, we were to gather at the start where we would receive our control card for the lap. Each card would be marked with either clockwise (CW) or anticlockwise (ACW). Not all runners would run the same direction on a given lap. Adrian would inform us if the lap was a scoring loop. The winner would be the runner with the lowest time for the total scored laps. Ultimately 7 out of the 12 loops were scored.

No watches, GPS devices or pacers were permitted. No one looked at phones. No one took selfies. No one rubbernecked at watches. This aspect of the race was refreshing. The course consisted almost entirely of trail (open mountain and forest) with some forestry road. We took in stunning views along Three Rock and Fairy Castle. We raced downhill through quiet forest gullies, sailed across carpets of pine needles and ploughed uphill through cool shaded woods.

Runners had to be self-sufficient for the duration of the race. Most runners chose to set up mini rest stations from their cars. Boots overflowed with food, drink and clothes. Participants brought chairs and mats. We bundled ourselves up like sausage rolls and rested during the moments in between laps. The nature of the race left us to consider strategy, pace, fuel, how to keep warm and how to deal with DOMS in between stages.

At the start of every loop we had to warm up and find our pace again. We experienced 12 starting lines and 12 finishes.

Ticknock Tick-Tock is an event that I’d recommend to runners who are looking for an alternative to the average trail ultra. It’s a challenge both mentally and physically. If you’re an athlete who wants to test your limits, then give this event a try next year. Thanks to Adrian for his seamless direction on the day and to all the IMRA volunteers involved. 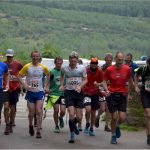 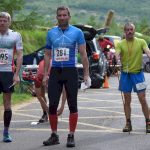 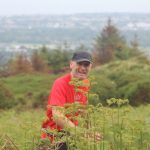 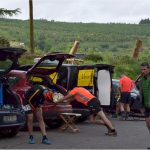 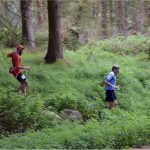 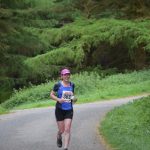 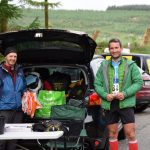 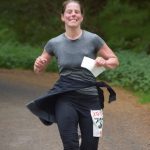